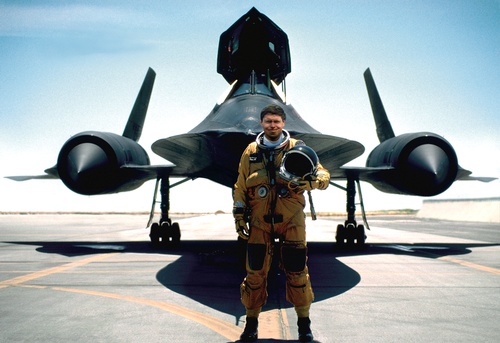 2021 Mayor's Prayer Breakfast Guest Speaker Brian Shul
Event Description:
The 2021 Mayor's Prayer Breakfast  is presented by the Greater Ocean City Chamber of Commerce and our participating community sponsors:
This event has been such an inspiring & uplifting morning, where the entire community would come together- including our local citizens, community leaders, elected officials, church congregations, local police and fire departments, the business community, the Board of education, educators and school representatives and nonprofit organizers. It truly is the only event that spans the entire breadth of our community.

*DUE TO COVID RESTRICTIONS, WE HAVE TO LIMIT TABLES TO 4 PEOPLE*

Speaker: Brian Shul
Brian Shul is one of the most popular and dynamic keynote speakers in America today.  His compelling story of living fearlessly and embracing the opportunities each day brings, resonates with men and woman of all ages. As an Air Force fighter pilot, Brian was shot down in the Vietnam War and severely burned in the ensuing crash. Initially given up for dead, he was finally rescued and spent one year in hospitals, endured 15 surgeries and was told his flying days were over.  Amazingly, Brian returned to active duty flying, and became one of only 93 men in history to fly the SR-71 spy plane, the fastest jet ever built.

Brian masterfully uses his aviation slides and stories as a vehicle to tell a broader inspired story of hope, overcoming obstacles and daring to dream.  From lying near death in the jungles of Southeast Asia to flying the world’s fastest jet, Brian shares his amazing story in this most unforgettable one-of-a-kind presentation that both inspires and educates.

*DUE TO COVID RESTRICTIONS, WE HAVE TO LIMIT TABLES TO 4 PEOPLE*

$150 Sponsor Table
( inc.4 tickets and Event Sponsor Recognition on table and in program. )

You are now being directed to Ocean City Reservation Station (a 3rd party site). For questions or concerns please call 410-213-2400. Enjoy your Ocean City, Maryland Vacation!

Animals are not allowed on the beach or boardwalk at any time between May 1st and Sept. 30th. Dogs...

Email AlertsBe the first to know of deals and events!

Thank you for your submission.
Please enter a valid email: