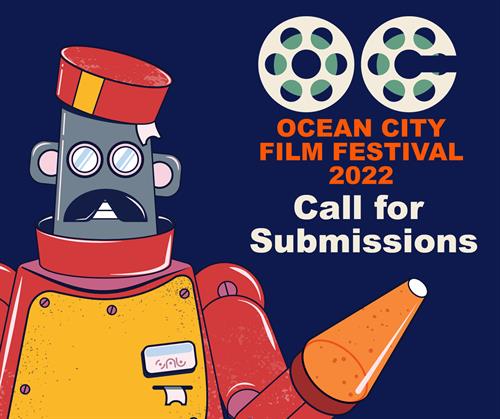 The Ocean City Film Festival was founded in January, 2017. Hosted by the Art League of Ocean City, the festival is an annual event that attracts international, national, and regional artists working in film. The 5-day festival creates both community engagement and networking opportunities for filmmakers at all levels in their careers.

1. One submission per filmmaker.

3. Upon being accepted, filmmakers must be prepared to deliver a hi-res MP4 or MOV file via e-mail, cloud transfer, or FilmFreeway.

4. The Ocean City Film Fest allows submissions of all sorts from all over the world, but films from the Delmarva Peninsula and surrounding regions will gain priority, as will short films.

6. By participating, filmmakers acknowledge that unless stated otherwise by the festival administration through formal documentation, they are not entitled to any monetary compensation whatsoever for the screening of their projects at our main annual event or any event thereafter (virtual or otherwise) which features films from the Ocean City Film Festival selection.

7. The Ocean City Film Festival owes no explanation to applicants that were not accepted. Submission fees are NON-refundable. Submit at your own risk.

8. Attending filmmakers will be required to RSVP, and information on the RSVP will be stated explicitly in the acceptance e-mail. Be sure to read carefully as our acceptance e-mail will also include details about hotel deals, file delivery, and artist admission.

At the Ocean City Film Festival, we highly encourage submissions from emerging filmmakers who are women, people of color, non-binary, LGBTQ+, indigenous, immigrants, and/or members of historically resilient ethnic, religious, and cultural communities. We offer a significantly reduced submission fee to filmmakers who self-identify as members of these communities. We seek to make the independent film industry, and our community, an equitable and accessible place for these filmmakers looking to showcase their work.